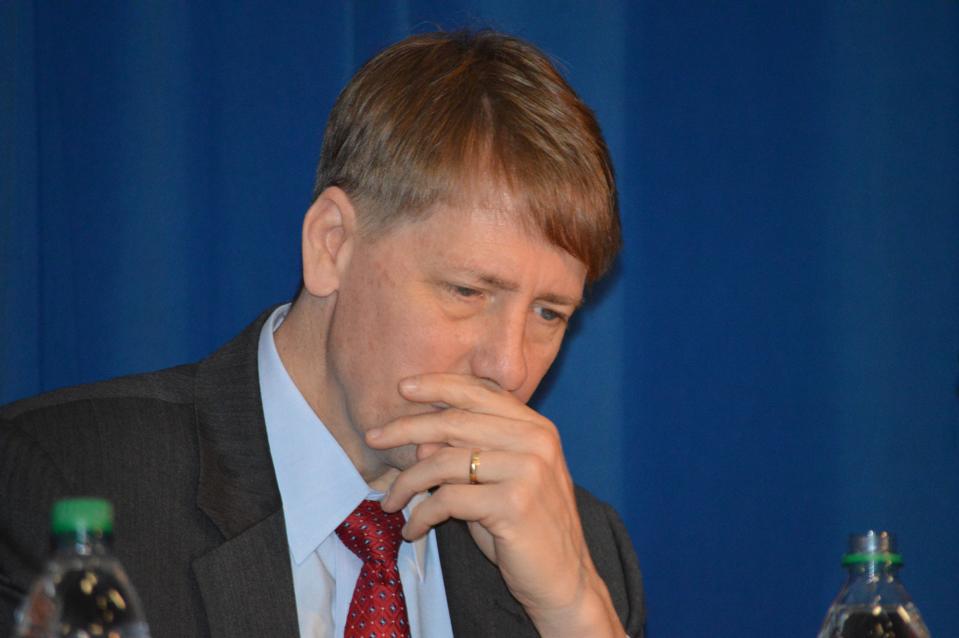 This is Part I of a two-part series of blog posts that will examine the D.C. Circuit’s recent opinion in PHH Corp. v. Consumer Financial Protection Bureau[1]. In PHH, the Court vacated the CFPB’s $109 million order against PHH for alleged violations of Section 8 of the Real Estate Settlement Procedures Act (“RESPA”) involving captive reinsurance arrangements.

Most notably, the Court held that the CFPB’s single-director structure is unconstitutional under the Separation of Powers Doctrine. As a “targeted remedy” that “will not affect the ongoing operations of the CFPB,” the Court recast the CFPB as an executive agency and provided that the President can now supervise, direct, and remove its Director at will.

The Court also ruled on the merits of the case, holding that:

Undoubtedly, PHH is a blow to the CFPB’s broad powers granted under the Dodd-Frank Act. Although the CFPB may seek certiorari to the Supreme Court, the decision will likely have a significant impact on future CFPB enforcement actions. The decision might also result in an amendment to Regulation X, RESPA’s implementing statute, in an effort to ban captive reinsurance arrangements altogether.

Section 8 of RESPA and HUD’s Interpretation

One of RESPA’s stated purposes is “the elimination of kickbacks or referral fees that tend to increase unnecessarily the costs of certain settlement services.”[2] In order to achieve this purpose, Section 8(a) of RESPA provides that “[n]o person shall give and no personal shall accept any fee, kickback, or thing of value pursuant to any agreement or understanding, oral or otherwise, that business incident to or a part of a real estate settlement service involving a federally related mortgage loan shall be referred to any person.”[3] Simply put, Section 8(a) prohibits, in relevant part, paying for a referral (e.g., a mortgage insurer paying a lender for its referral of borrowers).

Section 8(c), however, carves out a series of expansive exceptions, qualifications, and safe harbors related to Section 8(a), including: “Nothing in this section shall be construed as prohibiting . . . (2) the payment to any person of a bona fide salary or compensation or other payment for goods or facilities actually furnished or for services actually performed . . . .”[4]

In 2010, Congress created the CFPB via the Dodd-Frank Act. Congress organized the CFPB under a single Director who was only removable for cause during his or her five-year term—departing from the historical model of multi-member, independent agencies. This single Director oversees the CFPB’s broad authority to enforce nineteen different consumer protection laws. In the words of the D.C. Circuit, “the Director of the CFPB is the single most powerful official in the entire U.S. Government, other than the President.”[5]

Dodd-Frank also provided that the CFPB would take over enforcement of Section 8 from HUD. By regulation, the CFPB carried forward HUD’s rules, policy statements, and guidance, subject to any future changes by the CFPB.

In 2015, the CFPB initiated an administrative enforcement action against PHH and, for the first time, interpreted Section 8 to prohibit captive reinsurance agreements even where the mortgage insurers pay no more than the reasonable market value to the reinsurers. Further, the CFPB sanctioned PHH for previous actions that PHH took relying on HUD’s prior interpretation of Section 8, ordering PHH to pay $109 million in disgorgement and enjoining PHH from entering into future captive reinsurance arrangements. PHH petitioned the D.C. Circuit Court of Appeals for review of the CFPB’s order.

Holding No. 1—The CFPB’s Single-Director Structure is Unconstitutional

The bulk of the D.C. Circuit’s opinion addresses PHH’s constitutional challenge to the single-Director structure of the CFPB. PHH argued that an independent agency with a single Director removable only for cause violates Article II of the Constitution, which requires either (i) the agency operate as an executive agency, where the President may remove the Director at will, or (ii) the agency be structured as a multi-member commission. The Court agreed.

The Court recognized Congress’s power to create independent agencies,[6] or agencies whose officials are not subject to the control of the President, but noted that the structure of the CFPB was a historical anomaly:

“The bottom line is that there is no settled historical practice of independent agencies headed by single Directors who possess the substantial executive authority the that Director of the CFPB enjoys. The CFPB is exceptional in our constitutional structure and unprecedented in our constitutional history.”[7]

The Court’s primary concern with this structure was a lack of checks and balances, and observed that traditional multi-member independent agencies better safeguard individual liberties.[8] Following Supreme Court separation of powers precedent that emphasizes the importance of historical practice,[9] the Court held that the single-Director structure of the CFPB was unconstitutional. As a remedy, the Court ordered that the “for-cause” provision of the CFPA must be severed from the rest of the statute, allowing the President to remove the Director “at will.” The Court made clear, however, that the CFPB will continue to operate as it has in the past, but will now be under the “ultimate supervision and direction of the President.”

[8] Id. at 46 (“In short, the deliberative process and multiple viewpoints in a multi-member independent agency can help ensure that an agency does not wrongly bring an enforcement action or adopt rules that unduly infringe on individual liberty.”).